Lloyd and Lucy.... Lucy and Lloyd 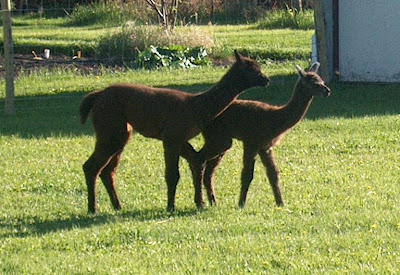 she is back to being her playful little self again... 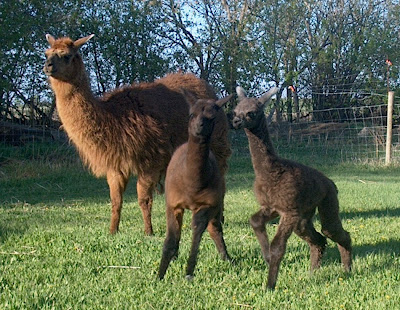 and she did the cutest thing EVER!!

the other day she was across the yard, so I went out there just to watch them... and she noticed me... I called her

she booted it across the yard and gave me some kisses

Lloyd came running too, but no kisses from him...

he's such a little man it's not even funny..lol 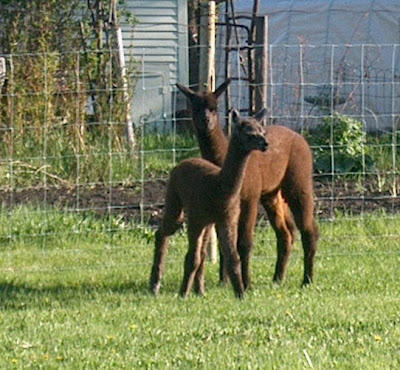 Lloyd is just in love with his new little playmate,

where ever you see Sierra and Lucy... Lloyd is sure to be no less than 3 feet behind! 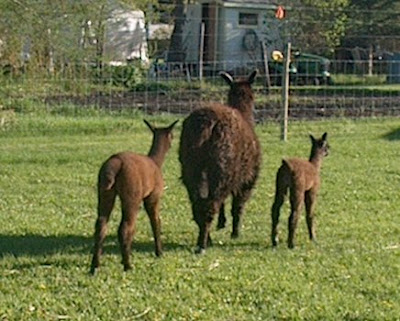 The other day I even seen Buck babysitting.

he was in the back on the dirt pile where they roll, and he had the babies with him... I went out to see where the girls were and they were in the front of the yard, heading back... it's like they went out shopping while he was sitting at home with the kiddies..lol.. too funny!!

we haven't weighed him in a while so the other night when DJ was out watching the babies play Lloyd came close enough to catch him...
Good thing we were all outside and heard her yelling at us...
"go get the scale I caught Lloyd!!"
"Hurry!!!!!"
Albert grabbed the scale and I, of course, grabbed the camera..lol 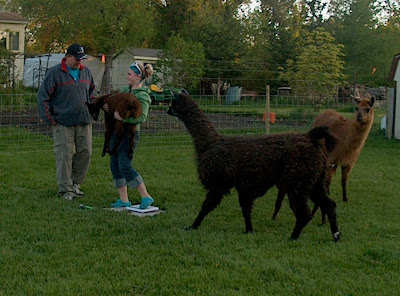 just look at that boy... he's just about the same size as DJ!!

we weighed him last night again and he's at 46 lbs now... he's more than doubled his weight in less than one month!

what a little monster!

How adorable, those are great pics.
So glad they are all doing well.

I can tell you are having a ball with your new baby!

I was checking in daily to see if there's an update on Lucy. I'm glad she's doing so well!!! What a lovely furry family!

I'm glad to hear that Lucy is doing so well!

Today I met a little lamb named Princess who was born premature or something, and her mother rejected her. We gave her lots of love, and she looked to be doing much better (although still not as well as the other lambs) by the end of the day.

Love your babies- thought about you the other day as I drove by a local ranch. The baby alpaca was running its mama ragged! So cute.

Very totally awesome!!! It is so much fun to see them grow. I'm glad Lucy is doing better.