well not so much christmas... but we all watched while she opened her presents.. 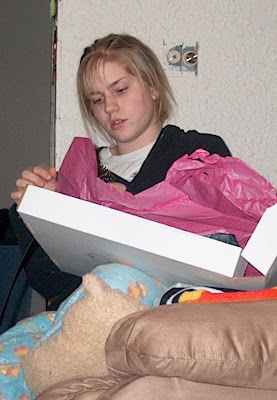 theres a belt and a flames calendar in that box. 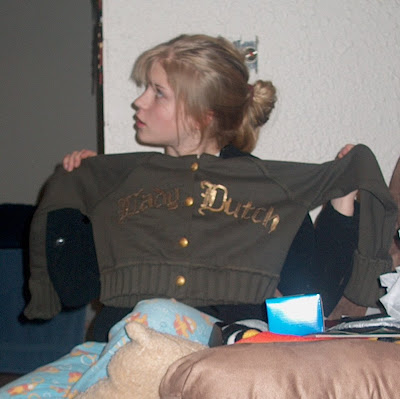 a sweater... she phoned gramma to thank her for it.. and joking she tells gramma that it's nice but it's too short!! lol gramma tells her thats the "style".

Grampa gave her his old cell phone... activated and with a phone card to boot...

and she will be able to text on it as soon as the phone company opens on monday and we call it.

it's a good first phone!!

somedays she's so busy it'll be nice to be able to get a fold of her where ever she might be! 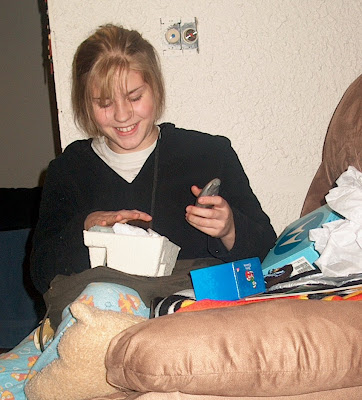 I made her a cell phone case for it too: 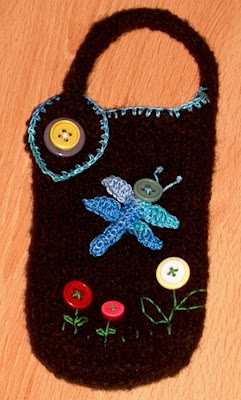 I got inspiration for it off of one I found on flickr...I used some of the yarn I got from Iva that she used for my mitts, I knit a garter st bottom, picked up the sts, and magic looped my way till it was 1 inch bigger than the phone, did a i-cordm and then knit flat while increasing and decreasing for the leaf. threw it in the hot and cold bath to felt it... and started decorating it after it was barely dry.

DJ loves dragonflies so I crocheted up a little one and sewed it on... I embroired(sp) her name on the back too...

I love it and might have to make one for myself!

later she was watching hockey with Albert....

can you guess who her FAVORITE team is?? 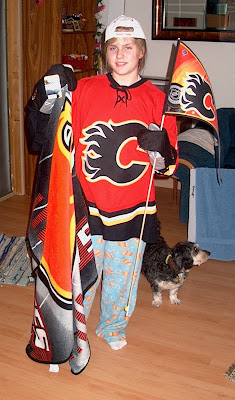 then the girls finished off the night by roasting marshmallows. 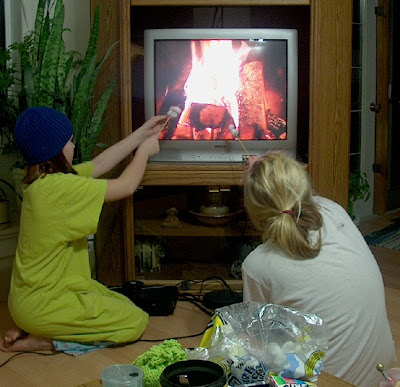 The cell phone case is *awesome*!!! The girls roasting marshmallows is cute. ;)