Firstly thanks to everyone for the sympathies for Suzie, we're all doing better and have since got another cat! more on that later.
Shearing:
We did shearing last friday... Buckie was the most calm, but he's used to it and loves it, after he went to roll in the dirt. 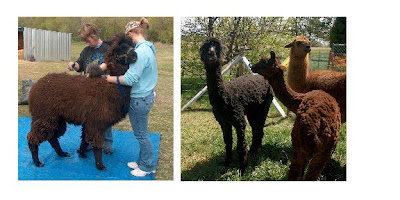 Lloyd did ok too.... didn't really like it but stood so we could cut her and only tried to get away a couple times. 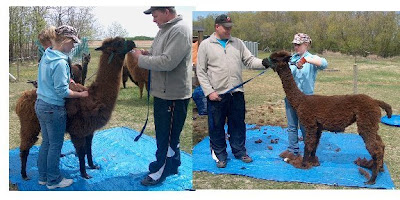 Lucy... well what can I say but "rodeo" for being so sick when she was born she sure has some spunk now!! We caught her just fine but when we went to put the halter on her, she freaked, ran and not wanting to let her go, I hung on, she turned the corner too fast and we both went down... I didn't want to break anything on her ( I wasn't conserned about myself) like her legs , so I skidded on my knee and got a grass stain from my knee to my ankle! no cuts tho so we both came out all right. 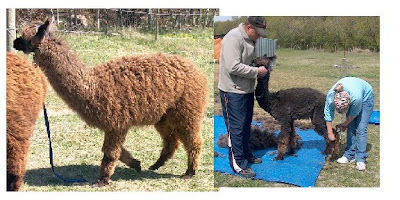 We also cut pebbles too and that didn't go over too well , Albert caught her and had so much trouble getting her halter on, but we finally did and she got a 1/2 of a hair cut.

It was Color Night last night at the high school
DJ did well... with a award for being on the honor roll
(here she is with her bff Allie) 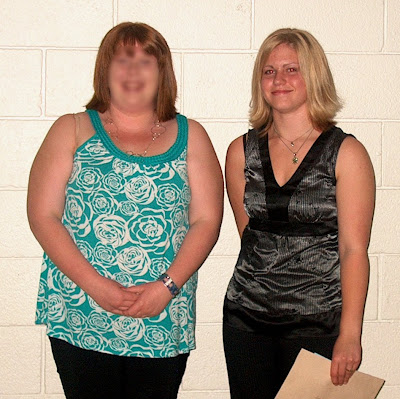 and she also won the Bergsveinn & Kristjan Johnson Award for gr 9. 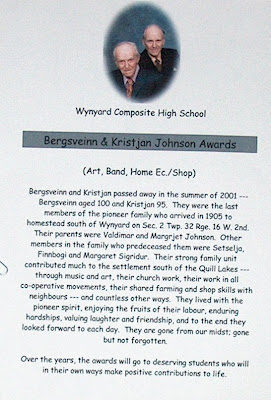 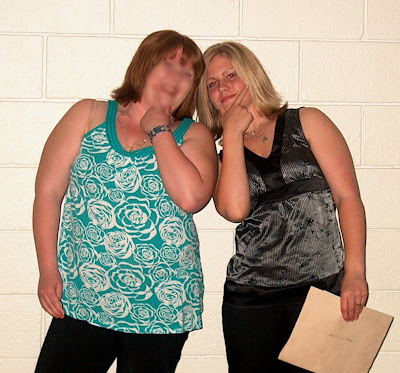 and Miss. Kallie
well what a sweet cat... the lady we got her from warned us right away about her being very talkative and will probally cry the whole way home cuz she HATES car rides.... well Kallie proved her wrong... she cried a bit for about 1/2 an hour and when the girls put they're fingers in the kennel she stopped and soon after that she slept the rest of the way home (1.5 hours)
she hasn't been really all that talkative here either... maybe she wasn't getting the attention she wanted/needed there?? 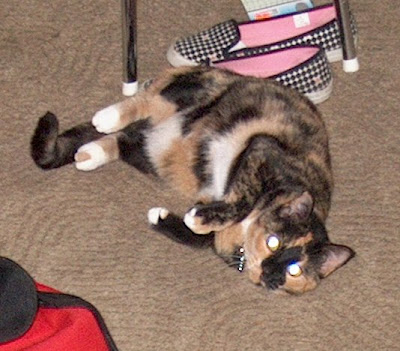 She did say that they adopted her from the SPCA and that they found her as a stray but was in too good of shape and was probally droped off. 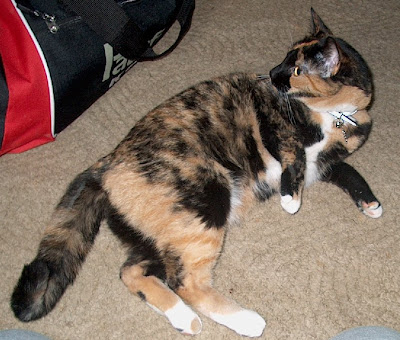 The reason that they were getting rid of her is because they're new show dog kept trying to get at her and hurt her and one of her friends was allergic, so if she didn't find someone for her that day she was going back to the SPCA...
Well we couldn't have that could we??
I found the add on Kijiji 8 mins after it was posted and called her right away... and went and picked her up 2 days later.
She must be the one for us... even the dogs are ok with her!
DJ was holding Kallie on the couch last night and up jumped Zoey... I thought oh no, we're going to have a fight or at the least some barking and hissing.... NOTHING.
Kallie did back up when Zoey went to sniff her but I pulled her back and settled down beside me. 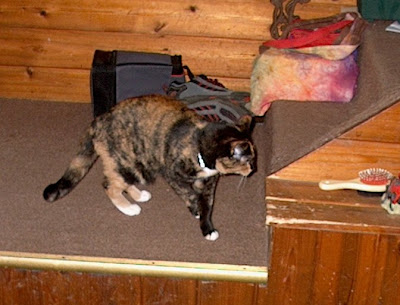 The one thing I found kinda funny that she told me over e-mail is that Kallie is allergic to fish!
I've never heard of that... but she said all we have to do is make sure that there are no fish in the first 3 ingredients of her food and she'll be fine... well thats easy enough! 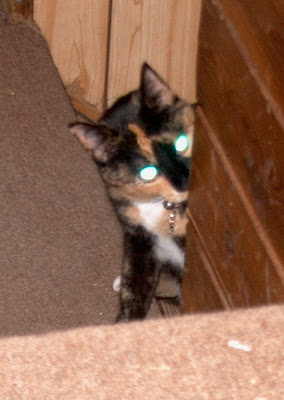 I haven't done much knitting lately, but I did crochet a toy for Kallie....
a fish...lol
sorry no pic she lost it already
;)
till next time...

She didn't lose it- she's just building her own sort of stash.

Good Lord look at DJ all growed up!!! Congrats on all the awards!!

Cute kitty ya got there!!

Don't know if you're into it or not, but I left an award for you on my blog :-P