Archie meets a Country Girl while Lloydyloo looks on...

hows that for a snazzy title?? lol
heres the pic of Lloyd before I took her to the vet for the first time: 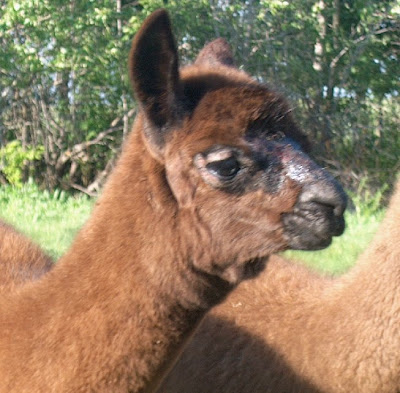 this last time Dr. Rob took some skin for a biopsy... there's a couple of sts behind her eye, maybe you can see them in the pic ( the little white lines)

and he also gave me some of his special formula and since here eyes were just about swollen shut told me to give her some if her eyes look worse... I gave her some the first night and the next morning some of the swelling was down... I've been going it to her for 6 days now and her eyes are about 1/2 way open!! Yeah Lloyd can see... not that she couldn't see because she was running around and not running into things before... but she can see better now! 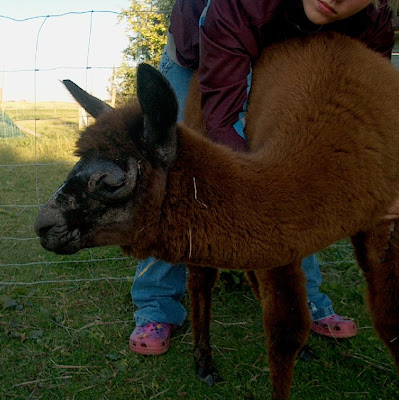 I still haven't heard from Dr. Rob about the test but he said it could take a week or 2 , I put some of the special formula on her forehead too the night before last and again tonight, so I'll check tomorrow if it's helping or now... if it is I might have to run to the vet and get some more if I run out ( it's just a small tube) 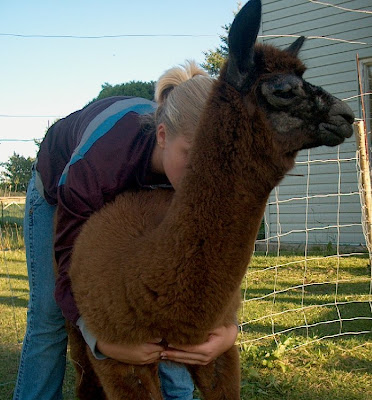 I started my Polly knitting today too... a pair for thrummed mitts.. grey with light grey thrumbs... I have a whole 1 inch of ribbing done on the first mitt... wowzer huh!!
thats all for now...
till next time..
Posted by Dandy at 6:54 PM

Glad to hear she's getting better. :-)

So good to hear that meds is working.
LOL had to do a closeup of your DD shoes and yeppers Bumpkins has a pink pair like them.

New puppy's name is Hugo. Now where did a 3 1/2 hear that name? Just hope he doesn't grow into the name.