kitchen reno before and during.....

Here's a before pic of the kitchen... the back ground of the cupboards are a peachy color and the doors are a very light grey, I also painted peach in the grooves of the doors... what a job that was I tell you! 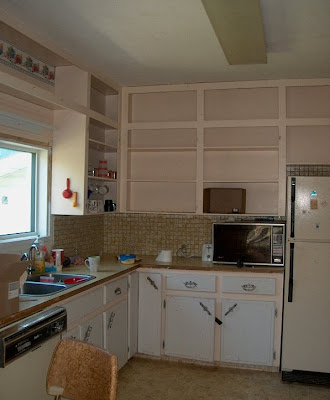 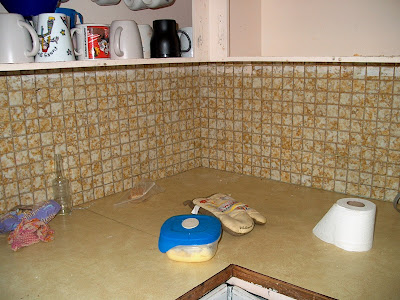 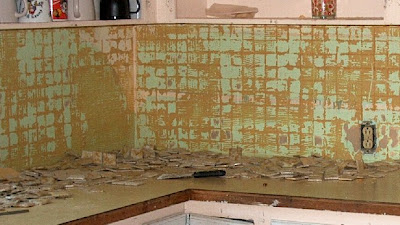 lookie the kitchen was green at one point in time: 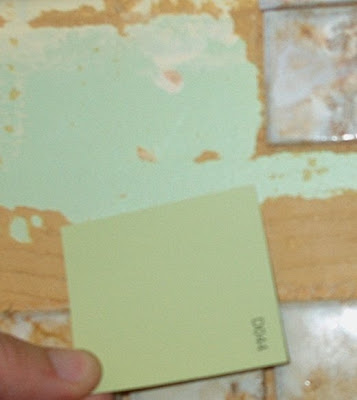 and primed: it's looking better already! 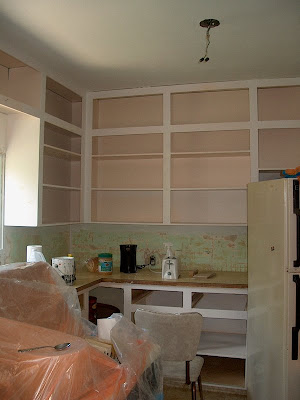 we also took the stippling off the ceiling... and was that gross... the ppl who we bought it from smoked so the ceiling was yellow.. and with all the grease splatering... yick

the only problem is that the wire for the light isn't centered in the middle of the room... AND theres a 5 inch hole where it comes out...
trying to find a light to cover that is impossible and Albert doesn't want alother flouresent light like we had before...
so Sunday I'm going to dads and we're building one... nothing fance... just a box with lighting fixtures attached... should be good enough.... as long as it gives off light..lol
a better look of the cupboard doors before 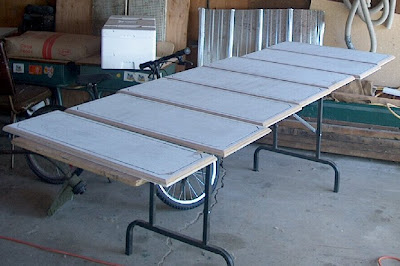 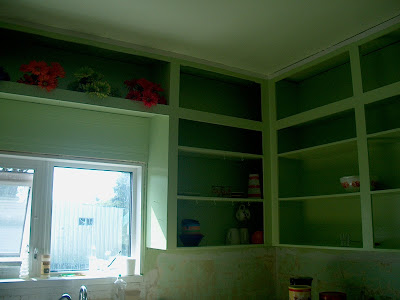 here's a pic of it you can see better... and we were decorating already too: 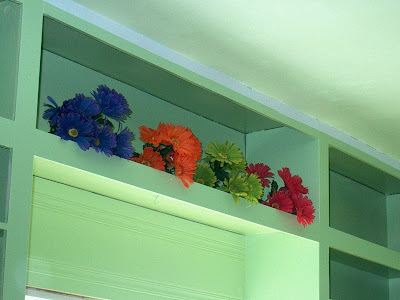 I decided that I couldn't live with a green countertop.... I phoned Alfred (who we ordered the countertop from) and asked if it's too late to change my mind about the color... he laughed and said it would be ok. 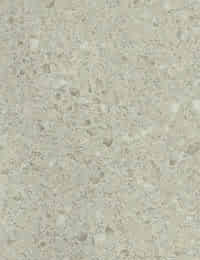 this one will be much better: 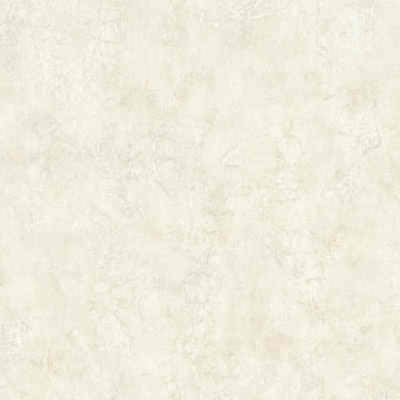 Can't wait to see how its going to look! Love your greens.