Sierra had her baby.. *warning birthing pictures ahead*

well this morning I was typing up this post about the baby watch happening at our house.
Albert came home with Naiomi and asked DJ if she wanted to go golfing with them.. I don't golf and wasn't planning on going anywhere... and it's a good thing I didn't... I was just about done typing and thought I'd better go check on Sierra... and good thing I did... she was pushing!!!

I grabbed my camera, left the computer online for about a hour, until I remembered I had left it on... lol.
I made myself a comfy spot and waved at the ppl going by...lol
this pic is just after I got outside 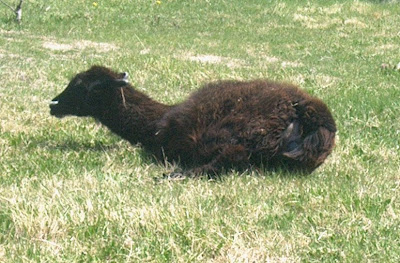 it took about 15 to 20 mins for the legs and head to appear.
as soon as I seen the nose.. the cria was opening her mouth and taking the first breaths 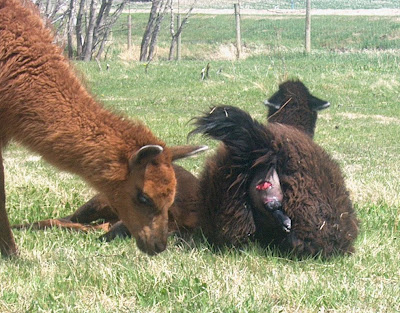 Pebbles was smelling Sierras butt and did this

I've seen Buck do this to the girls when he's *in the moment* but I've never seen the girls do it. 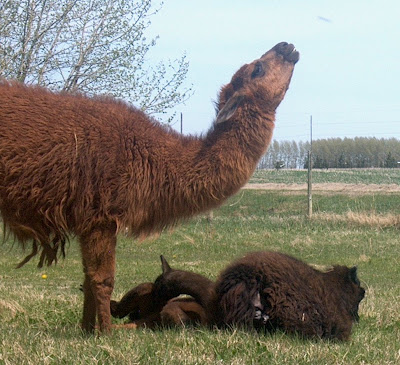 theres the head and legs... that little head was just a twisting and trying to get out 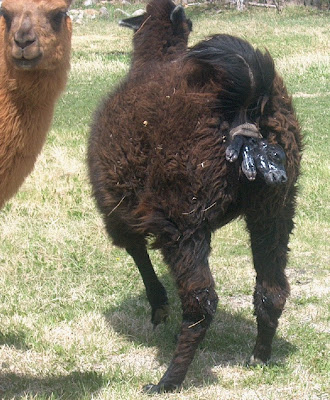 just about there... it took about 30 to 40 mins since I seen the first push... Sierra took a few breaks. 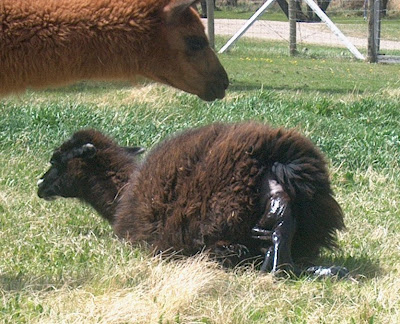 Pebbles is doing it again 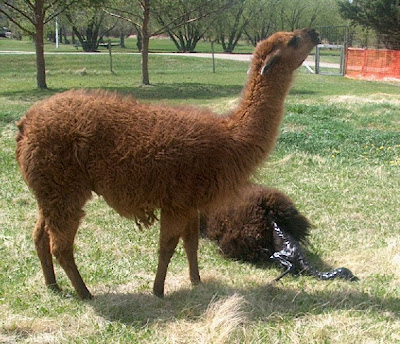 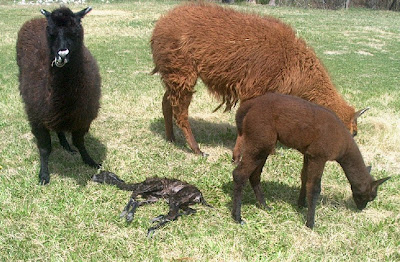 I took a pic of the slippers that are on the feet while inside the mom. 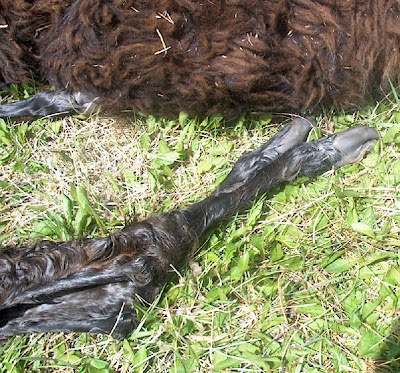 and we found one after it fell off 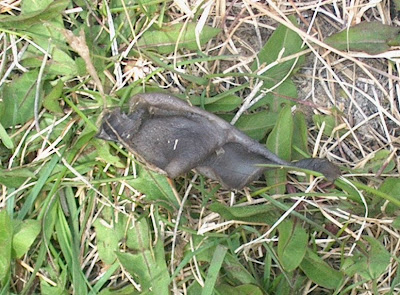 Lloyd is checking out his new playmate 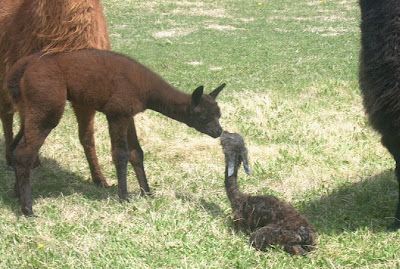 drying in the sun with her momma 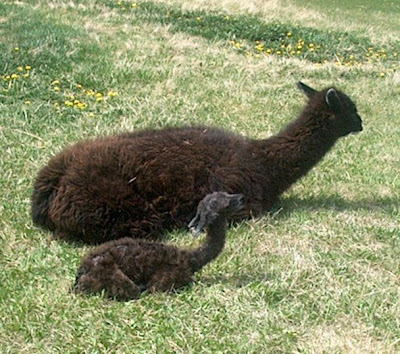 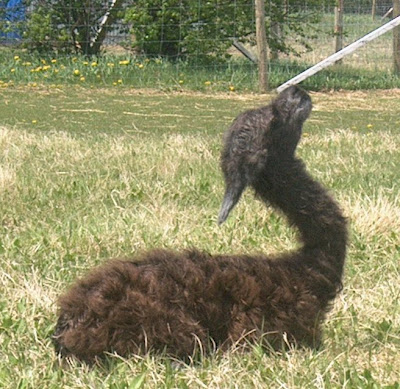 She's about 1 hour old in these pics 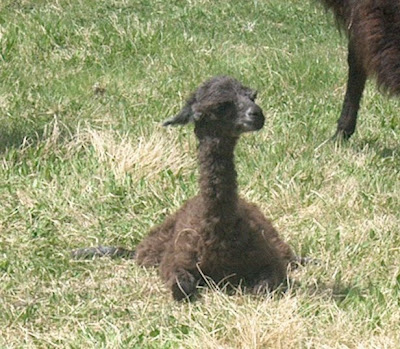 isn't she the prettyest colors?? her head and legs are a greyish brown and her body is a light brown.... I think she looks like a little donkey. 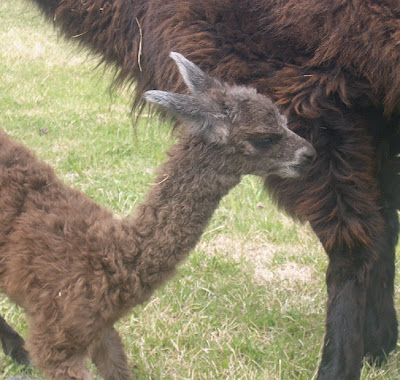 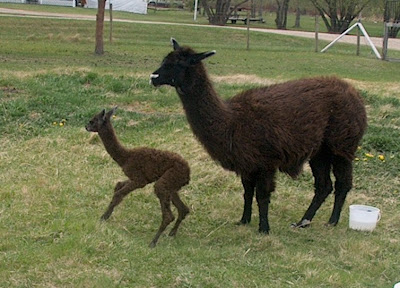 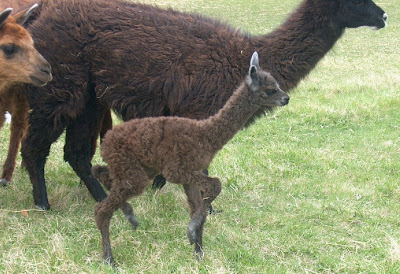 it's windy and a bit chilly today so she got to wear the sweater. 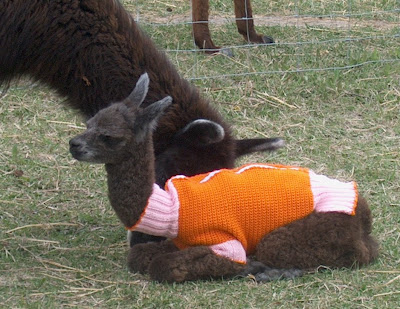 She's 17.5 lbs and looks so much smaller than big ole Lloyd was.

we waited for a couple hours and she still didn't nurse... so we caught Sierra and milked her a bit to get her milk started... after that she nursed a bit and we left them to bond...

I gave her a bit of colostrum and she's also nursed again but with us holding sierra... she's doesn't seem to know that she's supposed to stand for her yet...

We'll give her a bit more colostrum before I go to bed tonight.

any suggestions for a name??

can you believe we're stuck for a name?? lol

Thank you so much for posting these pix.

Awesome, amazing, absolutely terrific pictures! What a cutie she is! Give her a kiss & hug from me. :)

I think you should call her Carina. It means really cute in Italian. And she is really, really cute! :)

oooh she is so gorgeous!!!

call her Lucy? Lloyd and Lucy is cute :)

truly amazing! Why not call her Precious?

She is just the prettiest new baby.

Wow! those photos were awesome. Thank you.

Hmm.. a name. What about Lady?