has it really been a week and a half??

thats a long time for me not posting huh??

so what have I been doing?? I knit some mitts for Jordan, one of DJ's friends, he wanted black and yellow since he's a huge Bruins fan.
I cast on 34 sts,
k1 p1 for 2 inches
inc 6 sts.
starting the gusset
I increased every 3rd row until there was 12 sts betewwn the markers
knit even (switching for the colors) for 25 sts,
then dec for the top.
then knit the thumb over 16 sts.
Magic looped the whole thing.
;~) 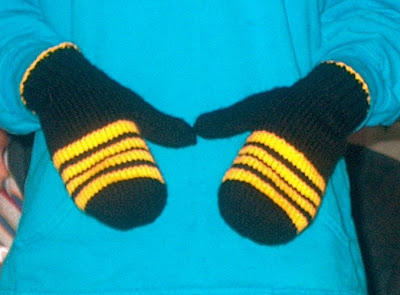 and since Albert was away hunting, the girls and I were batching... not to much time for anything else. He didn't get a moose but his brother did, so they are splitting it.

Work has been crazy with just about a new order coming in everyday... and it's only going to get worse since X-mas is coming...

and tonight Albert thought it would be a good day to start ripping out the dining room 70's carpet... since we have dogs that were once puppies it got peed on and stunk and it was REALLY nasty looking!! 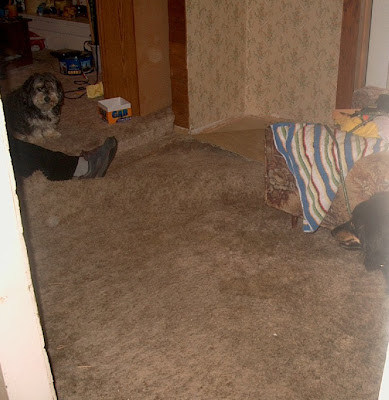 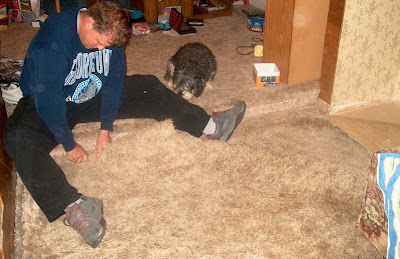 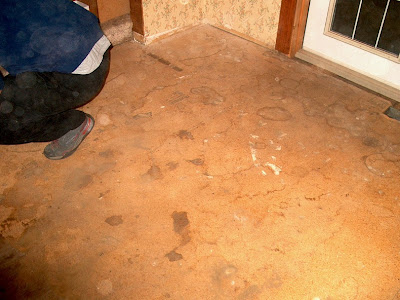 We knew that there was hardwood under it all and thought we'd have a look at it to see if it was saveable.... 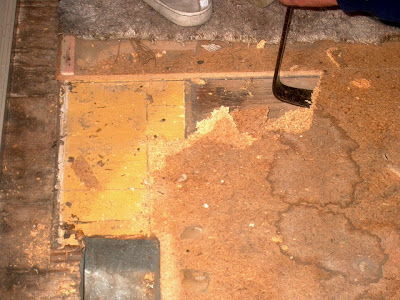 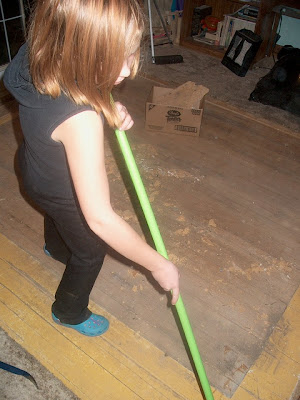 parts of it are ok, but for the most part it needs more love that we can give it... we'll be replacing it with some kind of click it boards or something along that line... we'll have to wait and see what we can find in our price range. 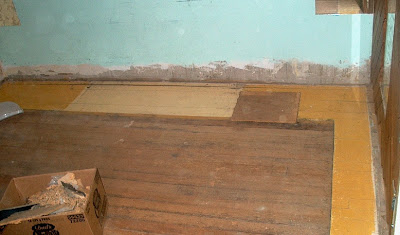 I though we might find some kind of treasure in there... but alas...
only mouse poop 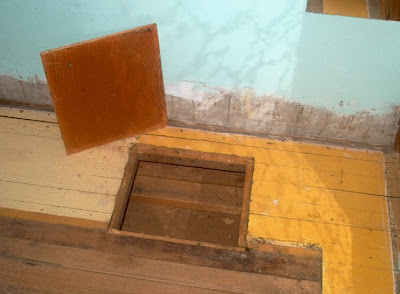 and since I finished the mitts I was surfing for another little pattern... I found these: Kyla Fingerless Mitts aren't they just awsome!! I'm using stash yarn that I won last yr thru the knitters coffee exchange... it's very nice yarn and I wanted something pretty to used it for... something other than socks I think this just might be the thing. The yarn is called "Frasier" from White Oak Studio

Hey! Those fingerless gloves would be really cool! LOL er warm... Too bad there were not treasures in the hole(suspecting old cold air vent?), would have been fun to find some treasures! LOL Good luck with the flooring! I bet you'll feel better when it's done!

I know they say one mans trash is another mans treasure..But I dont think mouse poop would be anyones treasure..LOL

After reading about the moose hunt, I had to re-read mouse poop a few times. (my mind was saying moose poop). enjoy the fresh meat, the processing, the freezing.... all of the work.