you know since I picked up the kauni again...
ripped and cast on once more it's been going great...
I knit on it off and on all day today .....
wanna see??

first this is what I had before them frogged: 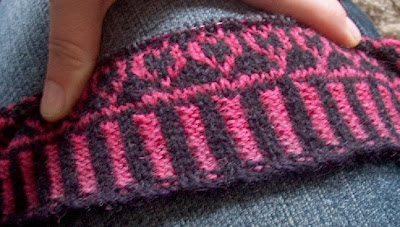 and what I have done now: 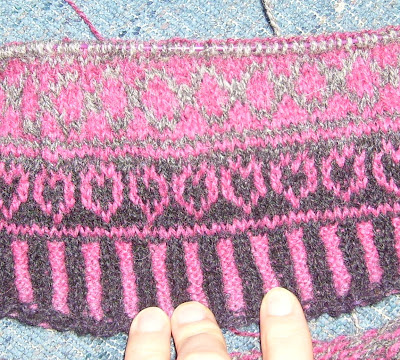 and the colors are starting to change to it's getting exciting, and I don't want to put it down.

ok now for the contest..

since thats why your here

not one person got it right..lol...

so I was thinking~ should I just toss all the names into a hat??

or go for the person who guessed the closest??

I went for the latter

Katt you were the closest with your guess of 300

and that was before I did the pockets... ( which I didn't include)

and that was a extra 8 ends

do you wanna see what you've won??

ok well blogger isn't letting me post any more pics... so maybe I'll either try later.. or it'll be a suprise?!?

do you want to e-mail me your address again Kate, I don't know if I have it or not anymore

thanks for playing everyone!

okies I will email you my postal address..I cant wait to see what i won :D